At the Toulouse Airbus Delivery Centre, the first Airbus A350-900 was handed over to Air China on August 8, 2018. The airline has ordered a total of 10.

The date of 8-8-2018 was chosen for the handover date as 8s are considered to be a good luck sign in China.

At this event the top managers of Airbus, Air China and Rolls Royce were in attendance.

Cao Jianxiong, VP of Air China, in his speech remarked on the great steps taken by the airline in renewing the fleet and for climbing in the worldwide airline rankings.

Paul Freestone, senior VP of customers for Rolls Royce said “Rolls Royce is a partner with 45 years of continuous relations with Air China, which started with the H.S. Tridents equipped with RR Spey engines until now. The decision of Air China to select the RR Trent XWB is an important sign of this partnership”.

George Xu, CEO of Airbus China, reminded “Its so important for the strong relationship between Air China and Airbus. Air China is the first carrier to have ordered the A350 and first to take delivery.

Several hundreds of planes made by Airbus are in the fleet of Air China from the A320 family, A330s, and now the ultra modern A350s”. 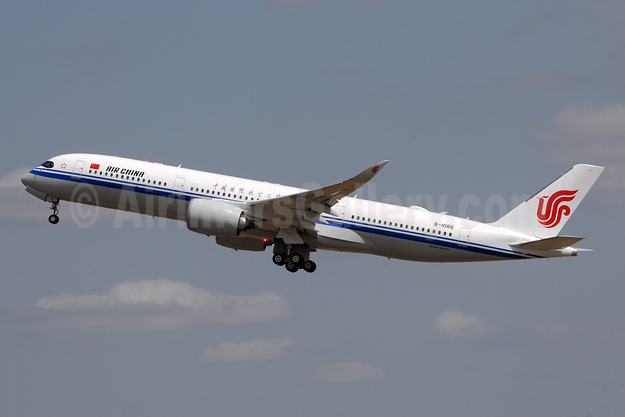 During this month, the new jet will be introduced between Beijing and Shanghai by August 14, 2018 and later to Chengdu. 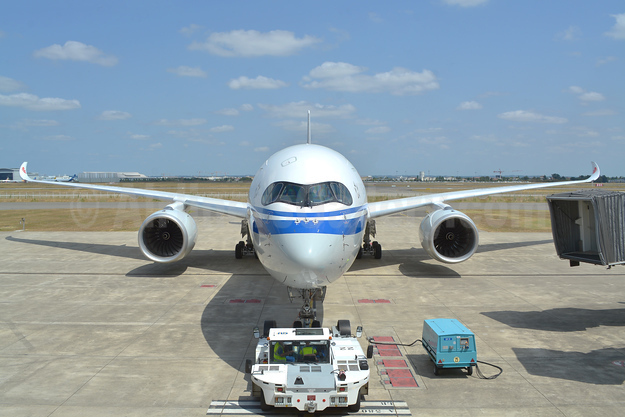