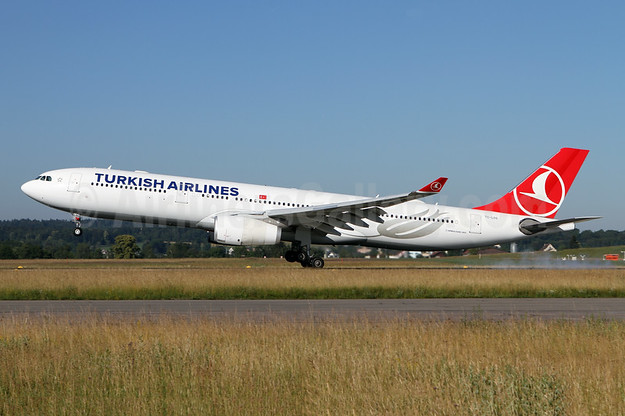 Turkish Airlines has made this announcement:

During the first half of the year, Turkish Airlines managed to increase net operating profit up from $17 million to $258 million, due to the increasing demand and unit revenues despite the increasing fuel prices.

In the first half of the year, EBITDAR (earnings before interest, taxes, depreciation, amortization and rent), which is used as a cash generation indicator, stood at $1.28 billion, with a 38 percent increase. EBITDAR margin improved by 1.5 percentage points to 21.5 percent. This value is the highest first half EBITDAR value that Turkish Airlines, that continues to be one of the most profitable airlines in the sector, has so far achieved.

During the first half of the year, total Load Factor climbed 4.3 percentage points to 80.4%, recording the highest load factor in Turkish Airlines history for the first half. During the same period, increase in total number of passengers carried, capacity (available seat kilometer) and demand (revenue per kilometer) was 18 percent, 9 percent and 16 percent, respectively, over the same period of last year. Turkish Airlines carried more than 35 million passengers during this period. According to International Air Transport Association (IATA) first five month figures, the global aviation sector realized capacity growth of 6 percent and demand growth of 7 percent.

Turkish Airlines, which continues to strengthen its identity as a leading global airline with its ever-expanding flight network and the implementation of other significant investments, currently operates flights to 49 domestic and 255 international destinations, a total of 304 destinations in 122 countries, along with Freetown, Samarkand, Krasnodar and Moroni, which have launched within this year.

The fleet of Turkish Airlines, one of the youngest and most modern in the world, operates a total of 325 aircraft, comprising 215 narrow body, 92 wide body and 18 cargo aircraft, as of today. Investing in the most advanced and environmentally friendly new generation aircraft, Turkish Airlines aims to reach a fleet of 500 aircraft by 2023.