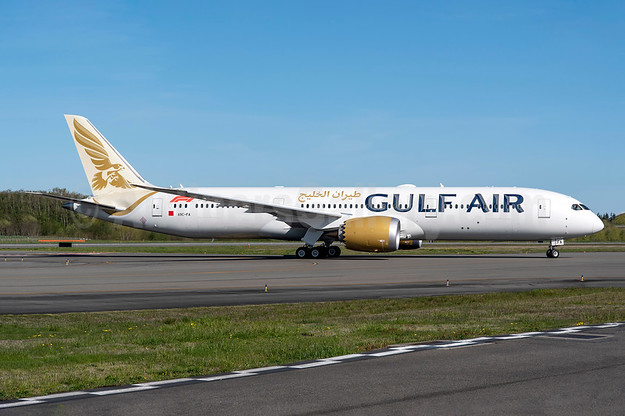 Gulf Air and Boeing today celebrated the delivery of the first 787 Dreamliner for the national carrier of the Kingdom of Bahrain. The airplane also debuts the carrier’s new livery.

Gulf Air is set to take delivery of four more Dreamliners this year. The airline plans to introduce the 787 on its twice-daily service between Bahrain and London Heathrow before deploying the long-range efficient jet on other routes.

Boeing has delivered more than 670 787s since deliveries began in 2011. The 787 fleet has flown more than 240 million passengers while saving over 23 billion pounds of fuel and enabling airlines to open more than 180 new nonstop routes around the world.

The first Gulf Air 787 – painted in the airline’s new livery – recently flew a special mission to the airline’s home base to perform a fly pass over the 2018 Bahrain Grand Prix. Formula 1 race fans were treated to a dramatic aerial display prior to the start of the championship race.