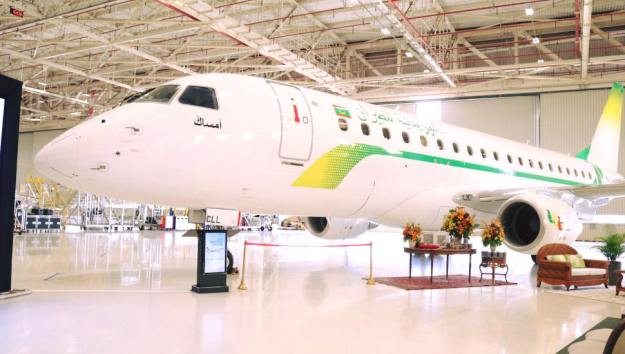 The second aircraft will be delivered in the second quarter of 2019.

The E175 for Mauritania Airlines is configured with 76 seats in a comfortable dual class layout. The introduction of E175 is part of Mauritania’s fleet modernization, replacing old aircraft and complementing their modern narrow-body aircraft.

Embraer has 100 customers from all over the world operating the ERJ and E-Jet families of aircraft. For the E-Jets program alone, Embraer has logged more than 1,800 orders and 1,500 deliveries, redefining the traditional concept of regional aircraft.