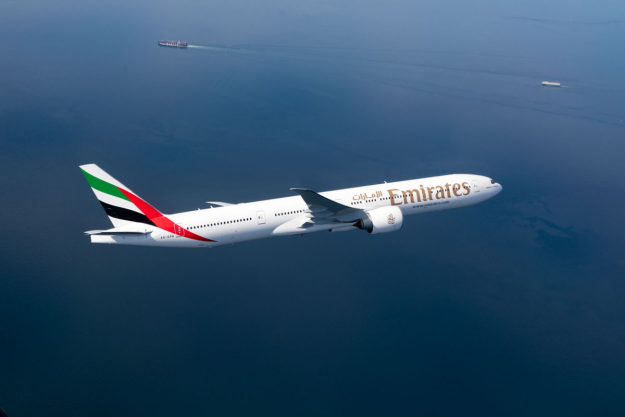 Emirates has made this announcement:

Emirates will be expanding its services to Jeddah and Medina with an additional 46 flights to help facilitate travel for Hajj pilgrims heading to and from the Kingdom of Saudi Arabia. The flights will be operated between July 27 and August 22, 2019 to support the Hajj journey to the Holy City of Mecca.

The services will run in parallel with Emirates’ regularly scheduled services to Jeddah and Medina, and will be available to travellers holding a valid Hajj visa. This year, Emirates expects thousands of pilgrims to travel on its services for Hajj, coming from top inbound destinations such as Pakistan, the United States, Senegal, the UK, Nigeria, Indonesia, South Africa and Ivory Coast.

On the ground in Dubai, Emirates has commissioned a dedicated team to manage check-in and transfers for the seamless movement of Hajj passengers leaving from and transiting in Dubai.

In the air, Emirates has planned several initiatives that uphold the values and traditions of pilgrims when travelling for Hajj. Extra provisions will be made to accommodate Hajj traveller needs such as performing ablutions and other cleansing rituals as well as advising passengers when they have entered Al Miqat zones to ensure readiness for Ihram (the point when pilgrims enter a state of sanctity) through dedicated passenger announcements.  This is in addition to other service and product measures such as providing extra blankets and unperfumed hot towels. Emirates’ award winning ice system will also feature a special Hajj video that covers safety, formalities and information about performing the Hajj pilgrimage. Pilgrims will also be able to tune into the Holy Quran channel during their journey.

On flights from Jeddah, Hajj passengers can bring up to 5 litres of holy water (Zamzam) which will be placed in special areas in the cargo hold.

In other news, Emirates has made a network-wide commitment to reduce single-use plastics on board its aircraft. As of June 1st, eco-friendly paper straws have been introduced and all Emirates flights will soon be plastic straw-free.

The airline has been working on various long-term sustainability initiatives. In addition to plastic straws, plastic swizzle sticks and stirrers will also be replaced with eco-friendly alternatives by the end of the year. From August, plastic bags used for Inflight Retail purchases will also be replaced with paper bags. These initiatives will remove an estimated 81.7 million single-use plastic items from landfill each year.

Trials have been conducted on Emirates flights to explore various recycling initiatives on board and Emirates staff and cabin crew constantly give feedback and suggestions on other environmentally friendly ideas. As part of its long-term vision and fuelled by a cabin crew member’s suggestion, the airline has been segregating large plastic bottles on board to be recycled in Dubai and the rest of the world. This diverts an estimated 3 tonnes or about 150,000 plastic bottles from landfill in Dubai each month.

A full review of the plastics on board has been conducted and over the next few months, the airline will gradually implement other initiatives to tackle plastic waste.