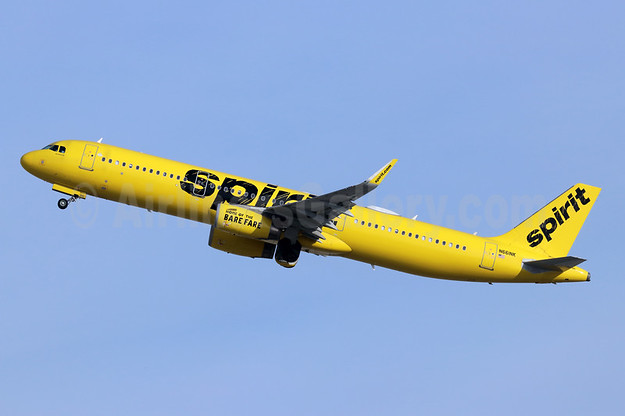 “Solid execution of our revenue initiatives and strong underlying demand trends drove adjusted diluted earnings per share growth of over 90 percent1 for the first quarter 2019 compared to the first quarter last year.  On capacity growth of 16.9 percent year over year, for the first quarter 2019, the team delivered a total revenue per available seat mile increase of 4.1 percent driven by improvements in both ticket and non-ticket yields.  We also ran a great operation during the quarter, improving our completion factor by 70 basis points to 98.9 percent despite more weather disruptions than the year prior and delivering an on-time performance of 82.6 percent2, which was among the best in the industry,” said Ted Christie, Spirit’s President and Chief Executive Officer.

Aircraft fuel expense increased in the first quarter 2019 by 12.2 percent year over year, due to a 15.6 percent increase in fuel gallons consumed.

“Strong revenue performance coupled with solid cost control helped produce a 320 basis point improvement in our adjusted operating margin for the first quarter 2019,” said Scott Haralson, Spirit’s Chief Financial Officer.  “We are continuing to capture the benefits of the hard work and dedication by all our team members to profitably grow our business, improve our brand image, execute on our plan to drive revenue improvement, and maintain an industry-leading cost position.  We are committed to keeping this momentum going and delivering strong returns for our shareholders.”

Fleet
Spirit took delivery of five new aircraft (one A320ceo and four A320neo) during the first quarter 2019, ending the quarter with 133 aircraft in its fleet.

Network
During the quarter, Spirit continued its goal to broaden and diversify its network with new service from Austin and Indianapolis primarily to large leisure destinations.  Spirit also added new service between existing destinations, bringing its operation to over 600 daily flights to 75 destinations in the U.S., Latin America, and the Caribbean.