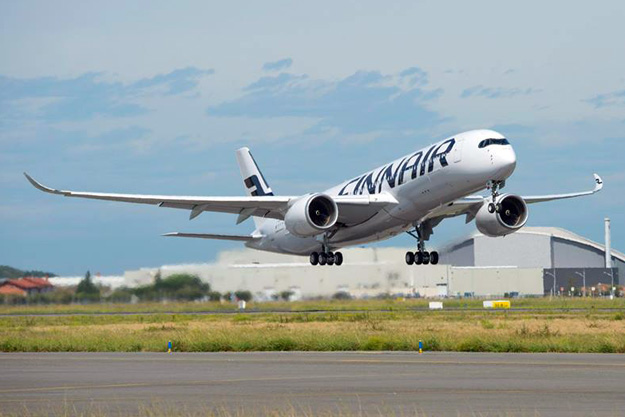 Finnair has issued this report:

In December, Finnair carried 92,500 passengers, which was 92.0% less than in the corresponding period of 2019 but 8.8% more than in November 2020. The COVID-19 impact, including the exceptionally strict travel restrictions imposed by Finland, still affected all passenger traffic figures. It was visible especially in the North Atlantic figures (no scheduled flights in December).

The overall capacity measured in Available Seat Kilometres (ASK) decreased in December by 90.1% year-on-year. Finnair operated 75 daily flights (cargo-only included) on average which was 21.5% compared to December 2019. The differences between capacity figures are explained by the shorter operated flights on average and by smaller operated aircraft compared to December 2019. Finnair’s traffic measured in Revenue Passenger Kilometres (RPKs) decreased by 96.1%. The Passenger Load Factor (PLF) decreased by 47.1% points to 30.1%.

The ASK decline in Asian traffic was 89.5%. The North Atlantic capacity decreased by 100.0%. In European traffic, the ASKs were down by 91.3%. The ASKs in domestic traffic decreased by 73.8%.

The PLF was 12.4% in Asian traffic but it was supported by the strong cargo operations and a high cargo load factor. The PLF was 50.0% in European traffic and 52.2% in domestic traffic, whereas there was no PLF figure in North Atlantic traffic due to zero passenger flights in December.

Traffic statistics for January 2021 will be published on Friday 5 February 2021.

* Based on average operational cargo capacity