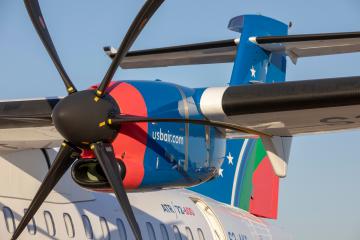 The aircraft will be leased to Bangladeshi airline US-Bangla, the biggest private airline in Bangladesh and will support the expansion of the airline’s turboprop fleet by increasing the number of ATR aircraft from six to eight.

In addition, Avation has further acquired an additional two ATR 72-600 purchase rights to replace those that were exercised.